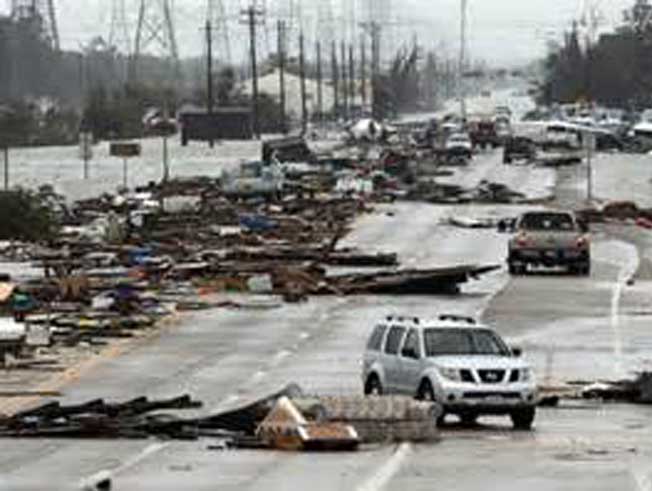 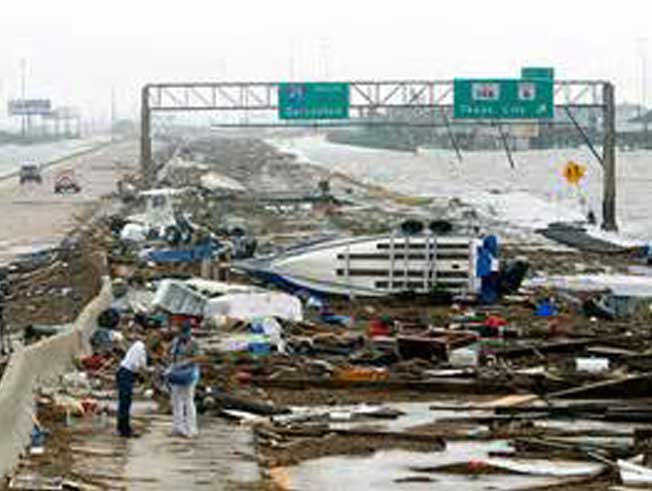 From the dry dessert conditions found in west Texas to the sultry gulf coast beaches which line our southern borders, Texas has a perfect climate and location setting for everyone. This is one, of many reasons, why thousands migrate to Texas every year. Unfortunately, this diversity in terrain also brings an overabundance of varying weather conditions, some of which can devastate an entire community without much warning.

The entire gulf coast region is threatened every summer by Hurricanes. These powerful storms produce sustained winds up to 145+ mph and can carry storm surges measuring over 30’ high, miles inland, destroying everything in their path. The aftermath caused by one of these storms can make the best of neighborhoods look like a war zone with clean up being an insurmountable feat.

FEMA and other federal agencies are deployed to the scene and immediately turn to professional contractors, for assistance, in the cleanup efforts. Llewellyn’s Construction Inc., has proven we have the qualifications and experience required by FEMA to perform all phases of cleanup caused by any natural disaster. Owning our own fleet of heavy equipment and machinery enables us the ability to deploy with a moment’s notice, to any location that may require our services. 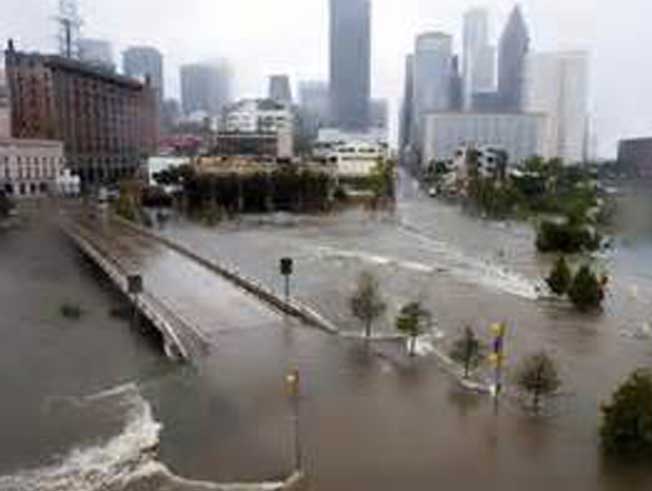 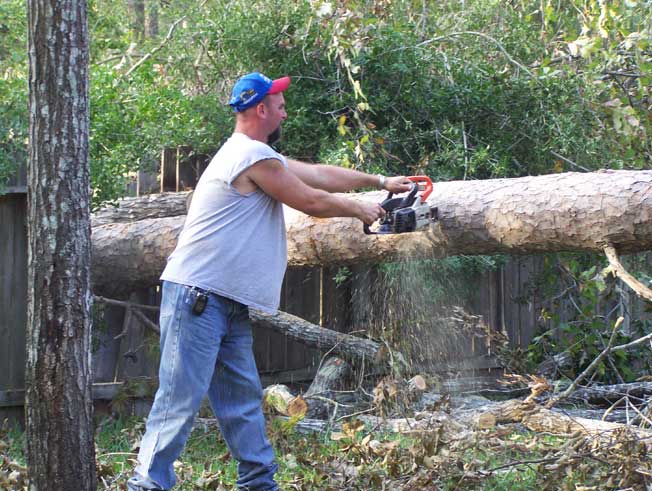 John Llewellyn, President and Owner of Llewellyn’s Construction Inc., is a native Texan and loves his LONESTAR State and is proud of his Texas roots. With this pride, comes a great sense of community and an unparalleled commitment to helping his fellow neighbor, especially in time of need. True to his Texas heritage, by 3:00 P.M., Saturday, the same day Hurricane Ike ravaged Galveston, Houston and the surrounding areas, John and his crew were already maneuvering through the destruction, to render aide wherever they could. Every team member of Llewellyn’s Construction Inc., put their personal knowledge and expertise to work, enabling us to assist hundreds of homeowners residing in Montgomery, Harris, Grimes, Walker and San Jacinto Counties. Because Llewellyn’s Construction Inc., owns and maintains its own fleet of heavy equipment including excavators, dozers, dump trucks, roll-off containers and heavy haul trucks, we were able to render immediate and continuous assistance throughout this horrific ordeal, to those who desperately needed our services.

However, with the power outages affecting all of Southeast Texas, finding fuel to keep our equipment and vehicles running and Ice for our crew, was an unexpected challenge. Driving for 1 ½ hours, each way, for diesel and supplies, was the scenario that played out for days. Dedication and determination to conquer this beast called IKE was what carried us through the endless days only to return home late at night, to a dark home. Our immediate community went 21 days without utilities, including water, since most of our well pumps ran off electricity.

As a community, we eventually tamed IKE and our day to day routines returned to normal. Fuel and ice are just a mile away and available 24/7. Candles are once again used for decoration and the constant humming of the generators has been replaced with the lonely cries of the coyotes howling at the moon. It’s surprising how quickly we fall back into the same regimens as if IKE was just a bad dream. But, for those of us with Llewellyn’s Construction Inc., the lessons we learned and the experience we gained will only enable us to be that more prepared the next time a disaster decides to rear its ugly head.

There is no substitute for experience and Llewellyn’s Construction Inc., has been specializing in land clearing, excavation, demolition, and tree/debris removal since 1996. John and his team have played an active role in the cleanup efforts after Hurricane Ike devastated Galveston and the surrounding areas as well as being a major contributor to extinguishing and cleanup of the Magnolia/Waller County Wild Fire. 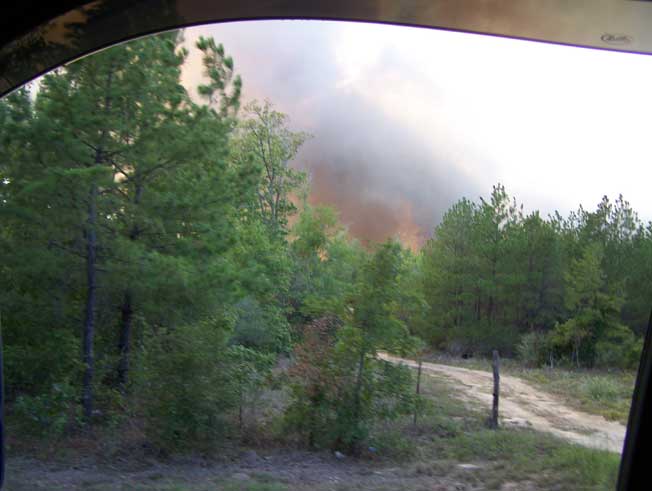 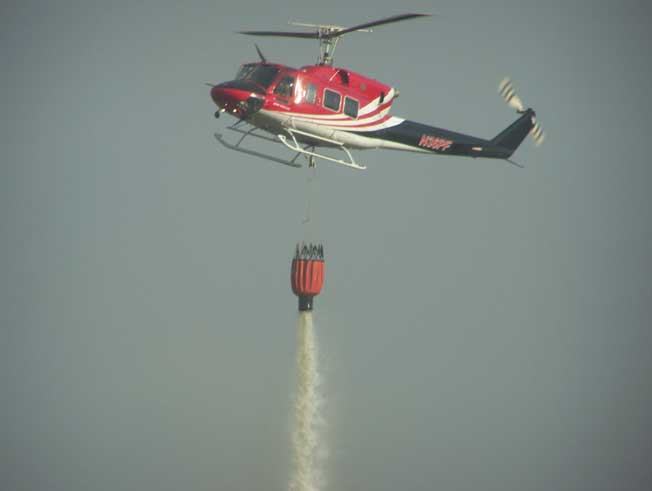 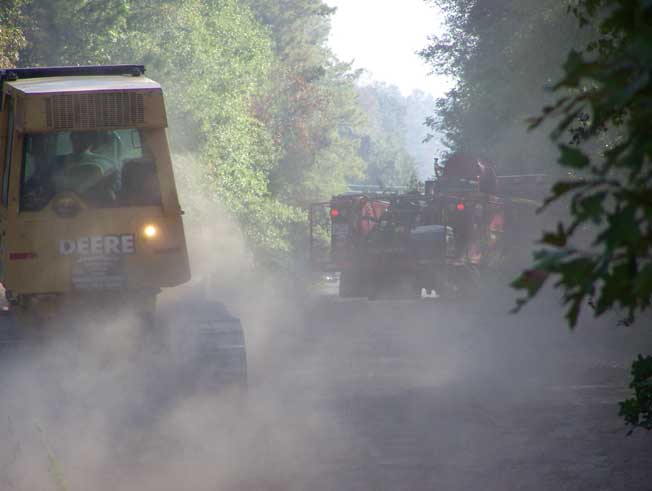 A hot, dry August day combined with a record drought, was the backdrop that fueled the massive fires that threatened our own home along with our community.

Started by a spark from a B-B-Q pit, soon all of America was hearing of our plight and the failed attempts to get this firestorm under control. From our backyard, the sky turned grey and the smell of smoke consumed the air. By day three, the orders were given to bring in the big guns. Besides the hundreds of volunteers from countless counties, Helicopters were brought in for added support. These helicopters dropped huge bags into nearby ponds, filling them with water and transporting them to the fire to douse strategic areas. This process was repeated countless times. In addition, a special jet plane was brought in and it dumped thousands of gallons of chemicals to help extinguish the raging inferno. Unfortunately, all of these efforts were not giving us the upper hand and the fire was jumping over the firewalls as if it were a game…and we were losing. With the fire destroying everything in its path, including some of the heavy equipment which was being used to help fight the fire, John stepped in to help. He loaded up one of his dozers and went into the heat of the battle. Knowing the area like the back of his hand, he met with the National Forestry Representatives and devised a plan. With Llewelyn’s Construction’s dozer in the lead, followed by three huge forestry dozers in a staggered formation, we led the way around the fire’s edge. Together, they created a firewall that was wide enough to keep the fire from jumping. This was the turning point. By the next day, the fearless volunteers, who fought the beast with all their hearts, finally saw some progress and by day five, the fire was fully contained.

There are never enough words to express how much we appreciate every volunteer that gave so much of themselves, so we could keep our dreams alive. Without these brave soldiers, all would have been lost. Our hearts go out to those who were not as fortunate but in true Texas style, the community became their fortress. Out of the burning embers came a pillar of strength and resolve, Texans never surrender!

Llewellyn's Construction is proud to have served the community of Magnolia, TX and the surrounding areas for over 20 years! When you hire us for land clearing, excavation, pond and lake construction or any of our other professional construction services we assure you the same quality and commitment as we provide on every job we do.